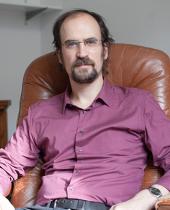 Rob King is a film historian with interests in American genre cinema, popular culture, and social history. Much of his work has been on comedy. His award-winning The Fun Factory: The Keystone Film Company and the Emergence of Mass Culture (University of California Press, 2009) examined the role Keystone’s filmmakers played in developing new styles of slapstick comedy for moviegoers of the 1910s. His recent follow-up, Hokum! The Early Sound Slapstick Short and Depression-Era Mass Culture (University of California Press, 2017), challenges the received wisdom that sound destroyed the slapstick tradition. He has published articles on early cinema, class, and comedy in a number of anthologies and journals, and is the co-editor of three anthologies: Early Cinema and the “National” (John Libbey & Co., 2008), Slapstick Comedy (Routledge, 2010), and Beyond the Screen: Institutions, Networks, and Publics of Early Cinema (John Libbey & Co., 2012). He is also working as co-editor of the Oxford University Press’s Oxford Handbook of Early Cinema, which is scheduled for publication in 2019.