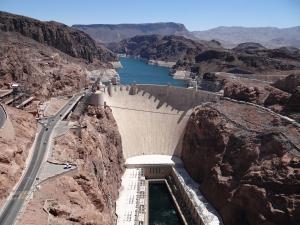 The field of film and media studies has seen growing interest in an expanded array of non-fiction modes of filmmaking, including documentary, industrial, educational, scientific, advertising, military, and ethnographic cinema. Formerly neglected, these moving images and their making present rich interactions between cinema and political and social lives through history. They challenge our conventional and localized understanding of cinema’s positions in the society, bring attention to diverse histories of the moving image, and reveal cinema’s historical malleability, flexibility and ubiquity, all qualities shared with the contemporary new media we experience and the trans-medial universe we inhabit today. These inquiries have also re-situated questions of technology, technique, and knowledge formation as vital elements of film and media theory.

Several edited volumes have done notable works for the study of this body of cinema, such as Films That Work (Hediger and Vonderau, 2009), Useful Cinema (Acland and Wasson, 2011), and Learning with the Lights Off: Educational Film (Orgeron, Orgeron and Streible, 2012). These works are valuable for their concerted excavation of these marginalized images, and their methodological proposals to bring them into the study of cinema and media history. Such renewed approaches to media and the moving image have also emerged as integral to media archaeological discourses as well as practices, including digital restoration and archiving of moving image materials. Contemporary online/wireless/virtual phenomena surrounding community building, political networks, and social movements also urge us to revisit a seemingly exhausted yet crucial question: what is the relation between knowledge and media?

This workshop series brings media scholars together to share their recent projects or works-in-progress, and reinvigorate discussion on media and knowledge formation. We are interested in the content and form of media, as well as in the materiality and technicity of media apparatus and networks. More importantly, we hope to understand and conceptualize media production as part of broader political struggles over knowledge and its limits, in more diverse locations (geopolitical, historical, disciplinary, of gender and race) than what’s been covered in existing scholarship.

The workshop series 2020-21, "Knowledge and Mediation: Techne, Aesthetics, Politics,” is made possible through the generous support of the Weatherhead East Asian Institute (WEAI) and the Department of East Asian Languages and Cultures at Columbia University.