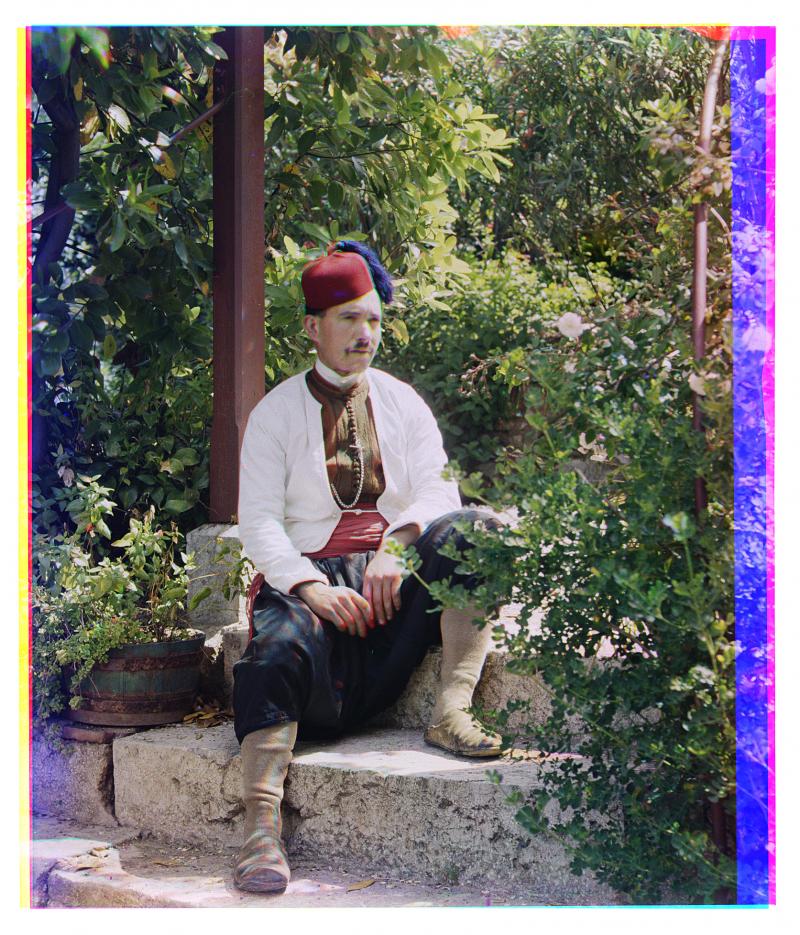 This project explores the technological hybridity of early color formats against medium-specific definitions of photographic or cinematic images. It argues for the centrality of female photographers as early practitioners and innovators of color photography in the United States and England. It claims that color featured prominently in the Victorian colonial imaginary to construct orientalizing views of colonial subjects.

Color photography has been largely excised from the art historical discourse and history of photography whose focus on artists, stylistic attributes, and technological periodization has contributed to its marginalization and the elision of the transmediality of color in the early twentieth century. I locate early color photographic technologies (1890-1920) within contemporaneous scientific and social debates around color which reveal the crucial epistemological shift that considered color a relational phenomenon to an empirical one. As a co-production of the body and machine technologies configured in time and space, the color image is an event. At the intersection of photography, color, and gender discourses, female photographers were able to marshal the gendered biases of color in order to establish expressive modes and photographic careers in the new color medium. The gendering of color also helped to define orientalist photography and film of the British colonial era, particularly that of India. Comparing color in orientalist depictions of India and the use of color in Indian photographic miniatures compels us to reconsider the links between technology and subjectivity as well as modernity and colonialism. This dissertation seeks not only to rewrite the history of early color photography but to reconfigure understandings of the relationships between modernity, technology and art. 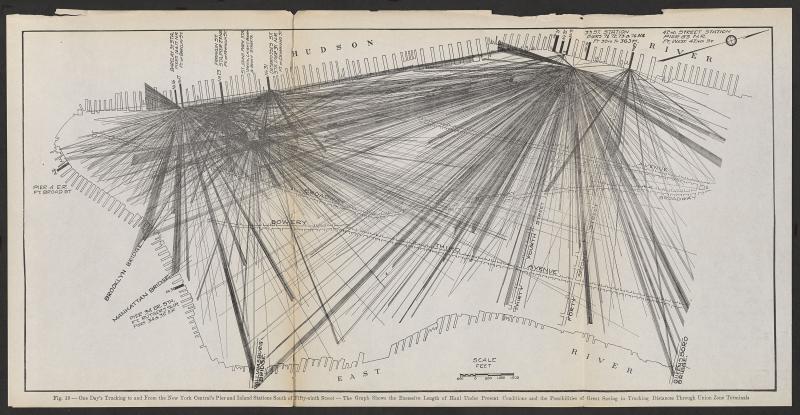 Diagram of congestion in Manhattan due to the accumulation of freight delivered along the Hudson River. One Day’s Trucking to and from the New York Central’s Pier and Inland Stations South of Fifty-ninth Street (Albany, NY: J.B. Lyon Co, 1920). Seymour B. Durst Old York Library Collection, Avery Architectural & Fine Arts Library, Columbia University.

“Empire’s Stores” seeks to understand graphic methods, along with American businesses’ architecture and urbanism, as agents of the United States’ corporate-led, turn-of-the-century territorial and economic expansion. Working against accounts that privilege the nineteenth century’s technological annihilation of space and time, this dissertation foregrounds the media practices operationalized by the modern business enterprise to take advantage of their unevenness. The project focuses on the range of media that allowed disparate persons, elements, and property—labor, resources, architecture and machinery—to be combined visually on the page and assembled in the field. These include figurative lines of communication as well as literal modes of distribution employed between buildings or stores, from chutes to steamships and power lines to wire rope landings. As US commercial interests took on imperial dimensions, I argue these media practices played a crucial role in reconfiguring the “obstacles” imperial enterprise encountered, opening opportunities for some to profit from their transformation. Examining four firms that straddled US “borders,” I aim to show how “American” corporate architecture produced and profited from imperial formations and, in doing so, reshaped territorial, geographic, and economic barriers. 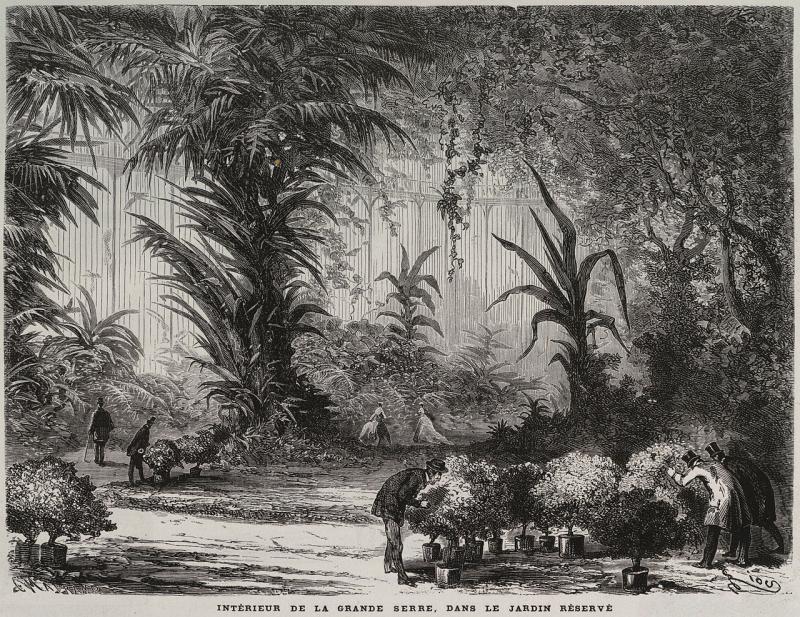 “Ambient Empire” explores greenhouses, aquariums, and gardens in French art and mass culture from 1860 to 1940. A media archaeological examination of spaces of nature in Paris, this dissertation will attend to scholarship on infrastructure, French empire, and technologies of visualization. By studying environments built for various contexts including expositions, film studios, and surrealist exhibitions, I will interrogate the diverse political and aesthetic purposes behind simulated ecologies. What gave rise to this widespread interest in nature as public entertainment in the mid-19th century? Why was nature managed and mediated by bureaucrats and artists alike? And how did experiences of constructed “nature” inflect and inform ideas of technology, culture, and race? Methodologically, my research will look between and across media: first examining records of built sites through firsthand textual accounts, prints, and photographs and then exploring the influence of these new sites and technologies on contemporaneous film, photography, collage, and installation art. Overall, this dissertation suggests that these environmental constructions emerged as part of a modern world-building strategy to stage the new and the different—whether applied to explore ecosystems, visit colonies, imagine futures, or encounter the unconscious.